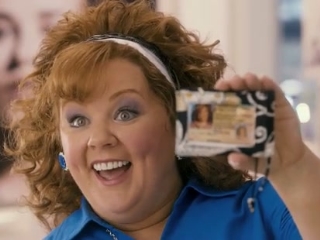 Every month, the Secretary of State (Brian Kemp) releases all the new registered voters on a disc so that various entities can update their records. This information is generally limited to names, addresses, and demographic information. But last week, the SoS decided to give out a bunch of information it has collected on you and everybody you know to anyone who signed up.

Their monthly CD for October contained the Drivers license number, social security number, full name, address, and everything else you need to steal someone’s identity for every single registered voter in Georgia. All 6.1 million of us. It was not encrypted. It was not password protected. It was a gift for anyone who ever thought of doing wrong.

So just get the discs back and we will all be safe, right?

Wrong. These discs, called the “voter file”, are automatically updated to a number of different databases, which are then replicated around the country for use in voter targeting and other means. So this data is now well beyond the discs.

The information from these discs has been coursing through the system for a month now, and Brian Kemp’s office had done nothing to stop the flow of information prior to suit.

Speaking of, why did they even have the social security numbers? Their form asks for the entire number, but they only need to last four. And why is this information kept once they verify the voter?

In 2012, a massive data breach reported by South Carolina officials exposed 3.8 million Social Security numbers of the state’s residents. At the time, Georgia officials said the state used data encryption and other controls not in place when hackers breached South Carolina’s Department of Revenue.

Apparently not in this case.

Speaking of the complaint, it only asks for “equitable relief”, which is another way of saying it is asking the court to force the defendant to do something. Likely, in this case it means credit monitoring and some way of guaranteeing the privacy of those affected, but that seems impossible here. Merry Christmas, Georgians, or at least it will be for everyone you are now buying presents for.

Want the best of Peach Pundit, plus unique commentary and insight delivered to your inbox every day?
Sign Up For Peach Pundit Daily Now